While many authors are proficient in creating individual personalities for their fictional persons, it is imperative when developing such characters’ lives, for one to write in a convincing and accurate mode to cultivate believability from the readers perspective.

Failure to originate plausible credibility of personality and interactions of fictional characters, over prolonged periods, proves detrimental to the reader’s gratification as it detracts from the overall principle and foundations of the author’s storyline, the very premise of which the reader chose for their entertainment.

Reality is fiction is all-important.

Therefore, understanding the social structure your characters inhabit is paramount to building such authentic originality. National, regional, fiscal, domestic and public constructs all constitute facets of each fictional character’s composition and structure.

Below is a list, created to assist with placing your complex and sophisticated character natures in a sound literary context. Therefore, accurately reflecting personality traits found in factual, genuine, true-life people of your chosen genre of state.

Such traits are often referred to as the ‘Hidden rules among Class.’

Money: To be spent (Lower class) – To be managed (Middle Class)  – To be invested (Upper Class)

Money: To be spent -To be managed – To be invested.

Time: In the moment- Against future – Tradition.

I hope this helps as a useful guide for your character creativity and development. 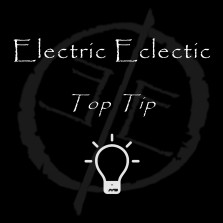