Yesterday, the news broke that Google is to kill off its social media platform Google+ because of a massive unreported data breach.

The official line is reported to be:

“The company discovered a bug in one of Google+’s People APIs that allowed apps access to data from Google+ profiles that weren’t marked as public. It included static data fields such as name, email, occupation, gender and age. It did not include information from Google+ posts. The bug was patched in March 2018, but Google didn’t inform users at that point. “We made Google+ with privacy in mind and therefore keep this API’s log data for only two weeks,” the company said in a blog post. “That means we cannot confirm which users were impacted by this bug.”

However, Google+ will continue as a product for Enterprise users. It’s by far the most popular use of the social network. Therefore, the company has made the decision that Google+ is better suited as an internal social network for companies, rather than a consumer product. Google will announce new Enterprise-focused products for Google+ soon”.

‘Disclosure will likely result “in us coming into the spotlight alongside or even instead of Facebook despite having stayed under the radar throughout the Cambridge Analytica scandal”, Google policy and legal officials wrote in a memo obtained by the Journal. It “almost guarantees Sundar will testify before Congress”, the memo said, referring to the company’s CEO, Sundar Pichai. The disclosure would also invite “immediate regulatory interest”.

My own view is:

As Google is re-developing a form of G+ for inter-corporate communications, yesterdays confirmation of data loss is timed to coincide with their new platform’s progress. Large-scale commercial internal networks are major revenue earners. They require far less maintenance and development than massive public platforms.

My conclusion is, the move by Google, seen by many as ‘dumping’ their dedicated public users, is one of pure commercial practice. We must wait and see if G+ simply fade away as Google hope, or if this decision will alienate users to the point they ditch Googles other products.

I know there are many other companies, both large and small, waiting to grab a slice of Googles internet cake who are ready to provide alternatives.

We shall have to wait and see. But looking at Google’s history, G+ will simply become history and Google will have made another profitable corporate decision. 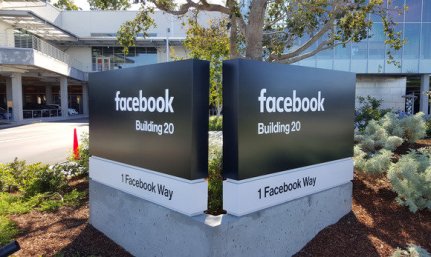 Now, I use Google+ along with Facebook and other (social) media platforms. I shop, online and on the ‘high street’, at major retailers. I bank, have a passport and a driving license. I am registered with the National Health Service and the Inland Revenue. I do the thousand and one things most of us do in our everyday lives.

Which means I am on one million and one billion various computer databases, from Government statistical through to tax, health, police, social and political. I am sure, somewhere, I am in MI5 and MI6’s database, most probably the CIA, Mossad, SVR, GRU, and MSS because I have a military background and a connection with the British Royal Family.

I know, without any doubts whatsoever my information is on and shared by/with, thousands of commercial enterprises around the world. I have junk mail, email and phone call logs as proof.

I know this, yet I do let it worry me because there is nothing I can do about it unless I escape to the lost world of Neverlandislandjungleretreat and never raise my head above the totally off-grid parapet. Which sounds pretty good in some ways but is impractical for most of us.

So, I accept my details are not private and live accordingly.

Data breaches and hacking are as much part of this world’s current situation and social culture as is terrorism, gender disruption and socio-economic inflation.

Personally, I cannot understand what satisfaction someone could get from creating and spreading a computer virus, although I can see the intent with ransom-wear and state-sponsored cyber-attacks. (Practice for the cyberwars to come?)

Sadly, I can also see where the criminal element of data theft fits into the larger information technological world we all now, by default, live in.

Greed, avarice and power have always been the prime motives behind most illegalities. Nothing has changed except the methods and opportunities presented.

Governments and the less informed members of society will jump up and down and stomp their feet each time a major breach of information protocol is reported.

The government ministers will shout, saying it is their job to do so on behalf of the electorate, while most will be doing so simply to be seen, for self-promotion, regardless to what ‘spin’ or ‘party line’ mantra they mutter.

The less informed members of our society because, they are influenced, even controlled, by fickle, shallow, manipulative journalistic propaganda and bullshite.

So, Google has issues with G+ and what else are they not revealing?

ALL THE ABOVE SUFFERED MAJOR DATA AND SECURITY BREACHES IN THE LAST COUPLE OF YEARS, MANY DURING 2018.

In 2017, the world saw more data breaches than any year prior. On December 20th, the

In truth, what can ‘Little ‘ol you and me’ do when major multi conglomerates and the world governments agencies cannot protect their own systems.

Like any other crime, do what you can to stay safe, hope you are not a target and carry on with your regular, normal life.

Data breaches and information theft is, sadly and ashamedly, something we must learn to live with. Fretting and worrying about cyber attacks and data loss will not change a single thing, but it will give your face wrinkles and make you look older sooner.

Personally, I have better things to do with my life than sit here worrying.

Which is why I am such a handsome, young looking lad!

I was asked recently, by Francis de Aguilar, a writer friend, what first caused me to “Become interested in African wildlife.“

I told him it was after visiting South Africa, particularly the time I spent in the Hluhluwe Umfolozi Game Reserve.

However, Francis’s question stayed in my mind; although I answered him, it left a nagging doubt in my mind I was wrong.

After pondering for a few days, the truth unravelled itself. I now knew the correct answer.

My interest in Africa and its diverse multitude of wildlife was first stoked by reading the novels of Wilbur Smith.

Back in the early seventies, I picked up a rather dog-eared and worn copy of ‘When the Lion Feeds’, which I devoured within two days. I followed that book by purchasing ‘The Dark of the Sun’, again read within a few days.

I was about sixteen years old and, for the first time, ‘hooked’ on a particular author.

I read all of Wilbur Smith’s books up to the 1991 publication of ‘Elephant Song’. My favourite book, (excluding any of the ‘Courtney or Ballantyne Novels’) must be ‘Eagle in the Sky’…or ‘Cry Wolf’…or ‘A Sparrow Falls’….or…

The real answer to the question posed to me by Francis is; it was reading these books when I was a young man that stimulated my imagination, made me think about the heat, the vastness, the veld, the bush and, of course, the animals of Africa.

For years, I carried my imaginings of the world Wilbur Smith planted in my head with his words, until one day I had the opportunity to visit Africa myself.

I was not disappointed.

The continent is mind-bogglingly vast. The scenery, the smell, the sun, the animals, the people, everything exceeded my expectations, bettered those imaginings I held onto for so long.

This I find is something rare; very few places ever exceed our own imaginative conceptions.

I have returned to Africa many times, to different areas, different countries within this vast dark continent.

You may have heard it said, “Africa captures, not only your heart but soul and once you have been, you can never really leave.”

These are some of the most honest words ever spoken.

I am here now, but part of me will forever remain in Africa.

Now, being a writer, I cannot leave an article like this with just one conclusion when I know there are always several stories to be told about everything.

Therefore, I would like you to also consider this, from Wilbur Smith’s point of view, or maybe, it is just my own interpretation of what I think his view may, or could, be.

Who knows? But I’ll write my thoughts out anyway.

I wonder if dear old Wilbur thought of me when he wrote his first novel?

I don’t mean me as an individual, as a single person but as a conceptual being. I wonder if Wilbur thought he may influence some young man, somewhere in the world, to fall in love with Africa as he typed out his very first paragraph of ‘When the Lion Feeds’ way back in the early 1960’s. (The book was first published in 1964).

Then, my thoughts ask the very same question of myself.

Do I have an image, a conceptual ‘personage’ in my mind who may, one day, be influenced by my own work, by my writings, by the tiny little black shapes, these strange runes of ink I scattered across countless pages?

The answer is yes, I do have such a notion, albeit a rather intangible abstract.

Which leaves you to ask yourself the same, do you?

Think about it carefully, do you?

If you would like to take part in making my rather intangible abstract notion a reality, then please start by reading ‘Within the Invisible Pentacle’ a collection of thought-provoking stories which are not quite as you may think they may be…

Follow Ramblings from a Writer's Mind on WordPress.com
Join 3,013 other followers