I recall reading Roald Dahl’s ‘Georges Marvellous Medicine’ to my son when he was a child. One phrase I found particularly hilarious was when George’s grandmother said, ‘Growing was a nasty childish habit’.

I’ll give you a short extract for context.

‘You know what’s the matter with you?’ the old woman said, staring at George over the rim of the teacup with those bright wicked little eyes. ‘You’re growing too fast. Boys who grow too fast become stupid and lazy.’

‘But I can’t help it if I am growing fast, Grandma,’ George said.

‘Of course, you can,’ she snapped. ‘Growing’s a nasty childish habit.’

As it happens, in the ensuing years I found my son adopted other ‘nasty childish habits’ growing boys seem to enjoy. I mentioned most of them to him in much the same way as George’s grandmother, not that it had any effect! 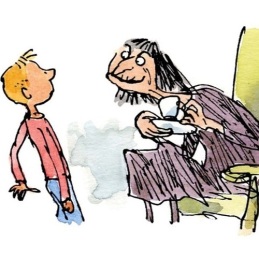 However, it is not childhood or growth or adolescence peccadillos I speak of today, but one of habits.

You see, like many other authors, my mind is constantly working overtime. Even when I am ignoring it, doing regular stuff like cleaning, gardening or shopping, it is whirring away noticing things, listening to other people’s conversations, reading notes, lists and phone screens over people’s shoulders and so forth.

It really is a bit of a rouge in many ways. 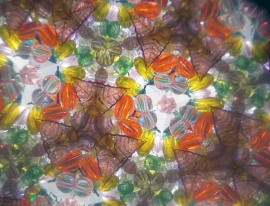 The thing is, those subconscious bits of my mind remember it all, record it and mull it over, twisting totally unrelated events, jiggling individual occurrences, shaking them together until a kaleidoscope pattern of instances which hold the possibility of illusory whimsy form.

This is when it digs a sharp elbow of attention into the soft kidneys of my platitude, painfully jerking my ‘normal’ daily thoughts away from the mundane and into the imaginative world of fantastical conception.

Last night, as I was going to bed, I felt the aforesaid sharp elbow ram painfully into the soft parts of my consciousness. 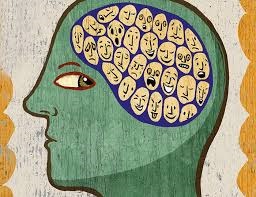 A voice in my head spoke excitedly to me.

“You know,” it started, “you write a fair bit about remembering the past, about nostalgia and stuff?”

“Um, yes,” I said, not sure where this was leading.

“Well, what about if people get all nostalgic because they survived it?”

“Survived it?” I questioned.

“Yeah.” The voice was shouting in my brain. “Think about it.”

“I’m going to bed,” I said. Trying to placate my thoughts.

“Yeah, but you’ll not sleep, not until you understand this.” The voice said sounding a little annoyed and a more than a little bit smug.

Of course, it was right. I needed to do this now, as tired I was. So, I grabbed a notebook and pen. I have several dotted around the house exactly for moments like this.

“How about if… people love the past, the recent past, like the times in and around their childhood because they lived through it, or most of it. They survived relatively unharmed. Well, they must have done or they wouldn’t be here now, would they?”

“So, just like in a good book, or a movie, where the hero rides off into the sunset at the end, that’s what you have done, along with everybody else who reminisces. You rode off into your sunset and arrived in the here and now.”

“I’m right. The past is where your parents were. They helped keep you safe, mended your cuts and bruises, kissed your grazed knees. It was home, comforting, warm. Your bedroom your inner sanctuary, guarded by your parents.”

“I guess so.” I was chewing my inner lip. Something I rarely do. “But not all memories are good ones, bad things happened too.”

“Yeah, yeah, yeah,” my mind said, “I’m not talking about those bits. No one gets all sentimental over the bad stuff. We remember it when we must, but not in a nostalgic way. Nostalgia is reserved for nice memories.”

“I’ll go with that,” I said, nodding to myself.

“The key to writing something captivating in your books, especially when you’re basing them in the past, or have characters talking about ‘back when’ & ‘do you remember’ and stuff. It’s great for flashbacks, prequels and shit like that. Think about it.”

I was thinking about it.

“Even a futuristic story must have its past.”

I scribbled a few rough notes, odd aide memoir single word notes I could refer to later. (That later being now).

The thing is, after a good night’s sleep, a day carrying out family chores and a visit to the dentist for a clean & polish, I have mulled over my conversation with the excitable voice from last night and my conclusion is… I agree.

It makes a ton of sense for us to hold fond memories of good times. They could well be recollections of childhood events, maybe a loving mother tucking you into bed, possibly escaping an annoyed farmer when scrumping for apples, or like some of the memories I have written about previously, such as days out for a family a picnic or a train journey to the seaside; all exciting experiences for a child.

My teenage years hold more life events which have helped forge who I am today. Don’t get me wrong, I have instances of near-death, but… I survived to tell the tale. I did ride off into my sunset… although some moments may be more akin to crawling along a drainage ditch in inch thick cloying mud… but those tales are for another time. 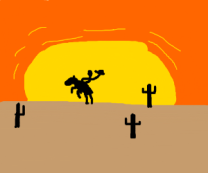 As an author, I feed on such memories, use them to build my fictional worlds, create my characters, lay plots and write scenes. It is a habit I’ve adopted.

Until now, until the conversation with myself, I did not consider why nostalgia, which is according to the dictionary, ‘A sentimental longing or wistful affection for a period in the past; even one never experienced,’ is such a powerful apparatus to use to elicit emotion.

Now I have spent time complementing the reasons, it makes perfect sense and one I shall be far more aware of when employing it in my writings in the future.

So, while scrumping for apples and reading George’s Marvellous Medicine may be unconnected events, both in time and geographical distance, the voice in my head found a way to join them together into a cohesive entity.

You could say they were unconnected connections of habit.

I would love you to check out my books, you can see them all on my website, even those not available on Amazon, including exclusive hardcovers.

Don’t forget to look at my Electric Eclectic books, eBooks and Pocketbook paperbacks You can find them on my website or on @open24, the Amazon store for readers & writers

I am open to comments and communication, so feel free to contact me at pwauthor@mail.com or via Facebook.

2 thoughts on “Unconnected connections of habit.”