In most of my posts, I ramble away in an unplanned manner, eventually making sense of, or come to a conclusion, about whatever topic is being discussed.

I tend to stay clear of jargon and try not to get too bogged down with the technical aspect of… stuff.

I have tried to do the same here; if you really want to get all techy and scientific you’ll need to undertake some research of your own.

Otherwise, please read on, some explanations, tips, and links are included.

‘A9’ is the proprietary search algorithm developed by Amazon. It is named after the company’s subsidiary which handles SEO

It has one job, to answer customer’s purchasing queries.

Please note, it is NOT Google.

Amazon is the primary destination for book searches, so understanding A9 is critical to your author success on this platform.

Amazon is happy to let A9 fly under the radar, even with A9 being somewhat revolutionary, to say the least.

We all love how Google seamlessly adapts its SERPs to your browsing habits, but A9 floated this idea successfully way back in 2004. A9 also pioneered visual street views long before Google Maps was a thing. The point is, despite being the most valuable company in the world, Amazon isn’t keen on pushing A9 through as a wide-lens search engine. In fact, you won’t find many people who have heard of the A9 algorithm.

The simple reason is, as I said above, it is NOT Google.

Amazon is not in the Searcher Intent business. Searcher intent is simply the type of request or query a specific user is looking for. For example, searcher intent is extremely obvious when terminology such as “buy” or “sell” is used. This is 100% commercial intent. E.G. “buy shoes” “sell my car” etc.

Whereas other intents, such as informational, e.g. “how-to” is also searched by users in YouTube, Google and other major search engines.

Amazon though, being a product-based search engine, doesn’t have this issue. That’s because people coming to Amazon are looking to do one and one thing only: Buy Stuff, like YOUR books. Unlike a traditional search engine, A9 does not need to consider whether someone searching for say, ‘Stephen King’ wants to learn more about the author or if they want to buy his books, Amazon it ‘knows’ they want to buy his books… and this is the most important factor. It is what shapes the way you need to work with A9 to gain higher rankings on the platform.

To place your book in a ‘high’ and visible position the A9 algorithm needs to consider factors such as degree of text match, price, availability, selection, and sales history.

Therefore, optimizing your books potential rating on Amazon begins before your listing goes live. There are several optimization elements you have control over and need to address before you sell even a single book.

The most relevant keywords will be the title and subtitle (if any) of your book. As with Electric Eclectic branded books, the brand name is used as, or as part of, the subtitle.

This allows people optional and assorted methods of searching for your book. They can key in your book title if they know it or remember it, or at least search for something similar. Alternatively, they can use your author name, or simply type in the brand.

Check out Electric Eclectic at https://electriceclecticsblog.wordpress.com/about/

While it is clearly important to write a compelling description to entice the person browsing to buy your book, consider using three to four ‘bullet point’ at the top of your description, such as, ‘Fast-paced Thriller’ or ‘Romantic Fantasy’, to clarify the genre of the book.

Bullets naturally stand out and make content easier to read than a block of text and help increases conversion rates.

Other bullet point options are such things as ‘Revised Edition’, ‘Prequal to ….’ and so forth. Not only does this help your potential buyers to decide, but it also reduces the risk of bad reviews due to a purchaser buying a book outside their regular choice/comfort zone.

A9 will also pick up on the words used, helping to target your book towards those who will enjoy your story.

TIP: Try by selecting three top-ranked competitors, (Mainstream publisher/agent listings are great for this) chose ones which boast the greatest number of reviews.

In most cases, data from 3 or 4 competitors is enough to get started.

Your books must be strategically and competitively priced. If they are your conversion rate will benefit.  Analyse the book pricing of those with high volume sale in your book’s genre, ensuring they are of similar page count/format. Find the ‘sweet spot’ price points, both on and off Amazon and price your book accordingly. Do not overprice or under-price, doing either will reduce your potential sales.

A9 takes pricing into consideration as it is in Amazon’s best interest to prioritise products (books) that sell.  To better your chance of being listed next to, or in the proximity of a ‘Best Seller’, you need to be thereabouts.

Although images are not a direct, performance-related Amazon ranking factor, they play a critical role in both your click-through and conversion rates.

While cover images are not factors A9 specifically evaluates, (presently) They are very important for your potential customers and can have an impact on your sales.

High-quality images which view clearly when enlarged can increase sales by as much as 10%, according to Amazon, and the A9 algorithm rewards products that sell well.

Are you looking for a bespoke cover? Email Peejay Designs at PeeJaydesigns@mail.com

Genuine, unsolicited, un-incentivised reviews are an ‘indirect factor’ which may impact your product’s rank on Amazon. Customer reviews can significantly influence the conversion rate, demonstrating their role in Amazon SEO. Books with strong ratings (four stars or higher) are more likely to rank higher in Amazon search results than those with less than four stars.

Although your Amazon ranking, as discussed, is dependent on many other factors; so often a two-star review rated book will show next to four and five star reviewed books. This could simply be because it is a new book is without enough reviews to give a true indication but more often it is because the author simply got everything else perfectly set up for A9, so the book appears higher on the pages.

You should constantly monitor your reviews to ensure customers do not abandon their potential purchase due to a negative review.

By responding to negative reviews in a timely fashion, you are showing your prospective customers you hold a value of their comments. This helps maintain positive overall customer experience.

You will notice at the start of this section I used the wording ‘Genuine, unsolicited, un-incentivised reviews’. This is because these are the ONLY reviews that Amazon A9 is concerned with.

Many authors believe that paid for, swapped, coerced or otherwise incentivised reviews help with Amazon rankings. Well, maybe they once did, but Amazon has been working extremely hard and are finding ways to validate every review.

This information is used to monitor the posting of fake and incentivised reviews, along with authors and businesses linked to enticing fake reviews. You may get away with one or two, but that’s about it, many more and A9 will flag your account(s). This may mean the reviews will be deleted, your account may be suspended or closed, just as those posting the reviews.

As A9 and its associated crawlers and bots develop and gather more information about each author/users’ actions and their algorithms enhanced, Amazon has vowed to clear all fake and incentivised reviews from the platform to improve quality.

The most important thing to remember about the A9 algorithm, and what differentiates it from traditional search engines, is that it exists to facilitate one thing: sales.

A9 looks at your title, product descriptions and the price you set to determine relevance. Together, these factors create a flywheel effect where improving one element of your product marketing also increases sales velocity which, in turn, improves your listing’s visibility.

Higher A9 ranking means more targeted exposure by Amazon, such as showing on ‘Also bought’, ‘Also viewed’ and ‘Frequently bought together’ directed to a relevant audience.

Looking at how Google evolved over the years gives us a look into how we believe Amazon is expected to change.

Amazon’s A9 algorithm will follow a similar trajectory, albeit more slowly and less aggressively (remember, as effective as it is, A9 is not one of Amazon’s most important ‘products’).

Despite its tame name, this update wiped out millions in affiliate marketer & SEO consultant earnings. Superficially speaking, the update itself was aimed at low-quality sites from a content point of view. Copied, scraped and poorly created content was the chief target, meaning that millions of low-quality sites were hit very hard and de-indexed. 95+% of traffic and all the income associated with it, poof, GONE.

Amazon is looking to publish a similar update; the goal to have listings that read well and avoid broken English, duplicate content and generally poor optimization overall, instead of just basing the majority of factors on sales directly.

One of the reasons this makes sense from a business point of view is to reduce the number of low-quality Chinese sellers driving out genuine, quality-focused businesses. (Think future competition, think Alibaba).

There are multiple other reasons it makes sense to Amazon’s business model.

This ‘Amazon Panda’, or whatever they may call it, will change the game, but what will ultimately turn Amazon SEO services & marketing agencies on its head would be an algorithm update similar to Google’s ‘Penguin’ update.

The Panda update in 2011 was big but the Penguin update actually changed the SEO game forever. Released on 24th April 2012 (version 1) it impacted close to 3.1% of search queries. If you’ve ever implemented an SEO campaign, you’ll know it’s a massive amount of organic search results.

In short, this update aimed to remove link spam. Any site which was using questionable link building tactics was hit and penalised. Organic traffic for some companies went to zero and some never recovered.

Amazon’s ‘Penguin’ update, a form of which is under construction (I have been told), will involve targeting elements such as sales manipulation, discounted product giveaways, which they are already combating, and overall search engine manipulation.

Other trust signals will become more and more important.

Industry chatter tells me that generating more than 3 reviews per day is a signal that Amazon uses to identify review manipulation. Other tools such as Fakespot or Reviewmeta are also very common for spotting fake reviews.

Third parties are building tools that identify fake reviews. Amazon has signals and software to reduce the amount of review spam on their platform.

The end result is if you want to stay 100% safe, ensure you stay within Amazon’s terms of service and avoid any algorithm manipulation

This is an Amazon SEO myth we have to cover… discounted and book giveaways. They just don’t work anymore.

This was a very sharp change Amazon made almost 2 years ago now. The main tweak involved how Amazon weighted the ranking signal for discounted product sales. 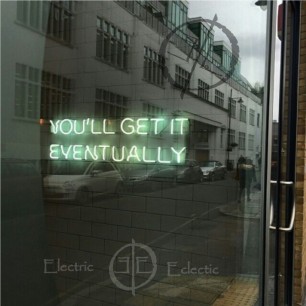 One thought on “Amazon’s A9 algorithm, dispelling a myth and the future…”

Follow Ramblings from a Writer's Mind on WordPress.com
Join 3,020 other subscribers