I am not above posting articles which could be classed as controversial, such as this one, because I think it is a writer’s duty to bring into the open topics which can be discussed and debated among one’s peers.

Therefore, your comments and viewpoints are most welcome, even if they are incorrect!

Many indie authors tend to ‘chase’ reviews for their books.

Many more coerce family, friends, co-workers, fellow authors and the like to write a ‘good’ review, even a ‘five-star’ review for their newly released novel(la).

After which, the race is on, posting to social networks, giving away volumes of volumes, (pun intended), to gain several more one or two lines like:

“I loved this book, you will too.”

(YES, these are genuine ‘review’ quotes I stole from the internet.)

There are those which babble on about very little, and end up with lines such as:

“Five stars from me.”

While others focus on the ‘writers’ style and what they ‘got wrong’ and what they, [the reviewer] personally agreed with, so ‘sorry’…

“I can only give this book three and a half stars.”

It all makes me chuckle, especially as many of the self-righteous sounding comments, I hate to term them as reviews, are written either by self-proclaimed literary reviewers or by a paid-for review service.

Neither of the above being literary or journalistically trained, none can be classed as successful authors in the ‘household’ name sense, and none have any doctorate or master’s degree in the art of book reviewing.

All which is self-explanatory, when considered in the cold light of day. 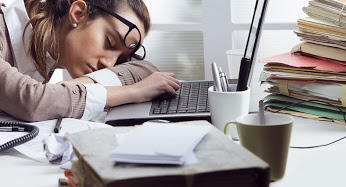 Now, personally, I believe the time and investment an author puts into creating a book, the concept, planning, writing, re-writing, editing, cover design, re-writing, formatting, proofreading and so on, is enough money spent.

Once the book is published, the idea is it starts to return the investment made. (see The Frugal Author for details.) It is NOT the time to be paying someone, often with little talent, to scribble a few badly drafted, ill-advised comments and call such a review.

Neither will their comments give any true credence to your book’s status, even if they say a ‘seven-star’ review… or a ‘ten thousand star’ review… they mean absolutely next to nothing, if not less.

One reason is, ‘stars’ or even the concept of ‘stars’ hold no value. There is no academically, or commercial accepted value to these ‘stars’.

They hold NO value because any Tom, Dick or Harry… or Sharon, Karen or Portia for that matter can ‘award’ these ‘stars’ to anyone for any reason whatsoever.

Recently, there has been many a disgruntled an author complaining to Amazon because they removed several ‘reviews’, or disallowed others from appearing on the Amazon book pages.

This is a good thing.

I SHALL EXPLAIN WHY.

At the beginning of this post, I mentioned the coerced reviews, those from friends and family etc.

Anything any of these people write, as so-called reviews for your book is, by the very nature of its inception, biased.

Given these untrue reviews, any person buying the book ‘off-spec’ and finding the reviews posted were false, will most often leave a scathing review of their own, which will often impact with a far greater force than a dozen fake reviews could ever deliver.

The author will then run the risk of being classed as fraudulent.

Which is one of the reasons why Amazon have, and are, clamping down on the reviews they allow to be presented to their potential customers.

Read about Amazon A9 algorithm updates, Amazon’s A9 algorithm, dispelling a myth and the future…

This is something I fully support.

One more thing to seriously consider regarding friends, family and colleagues.

This will increase your book’s exposure and move it higher up the rankings with almost immediate effect. This alone is worth more than a mass of fake reviews.

IF they don’t or won’t buy your book, you will know who your true friends are and which members of your family truly support your efforts.

(Or… you will find your book is so bad even your nearest and dearest do not want to read it.)

Either way, it will save you a ton of long-term heartache.

The second point is, ‘paid reviews’.

To pay a person to review your book is worse than asking your Mum to write something nice about it.

As with the family and friends’ gig, paid reviews are fake.

They are false because the reviewer has a vested interest to keep you happy. After all, you are paying them and they want your money again in the future when you ask them to read your next book.

Also, they [the reviewer], will not want you posting remarks about their ability or aptitude regarding reviews. So, they will keep you, the author sweet by writing nice, or at least a less critical review of the book in question.

BUT… here are a few things to consider.

Amazon is cracking down on paid-for reviews and will be doing so again, soon.

They know ‘who is who’. They do this by monitoring who, where from, when and how reviews are written and posted.

So, you could be risking your hard-earned cash on a review no one will see because Amazon will either refuse to publish it or they will remove it soon after it shows on your books page.

Secondly, many so-called ‘professional’ reviewers boast about the number of books they review in a year.

Many of these numbers would mean the books have to be speed-read to manage those figures. So, the reviewer will never read your book in the same manner as a ‘normal/regular’ bookworm.

There are some who have a pool of readers, each of whom gives their comments to the principal reviewer, who then uses standardised templates, altering a few words here and there to ‘personalise’ the ‘review’ of your book.

Not that it matters to the reviewer, they don’t care about you or your book, they just want their fee.

Genuine reviews are given by people who read your book without any other reason than something attracted them to it.

It could be the cover, the back-cover blurb, the ‘look inside’, a book trailer you have on YouTube or a post you made on social… it matters not.

What matters is their review will be honest and unbiased.

This is the ONLY form of review which has any genuine validity whatsoever, be it the one-liner which says,

“I liked this author & want to read more.”

Or the long form of essay, sometimes greater in length than the book reviewed which ends in,

“I give this book five stars.”

See, I told you anybody could give you five stars.

That is why reviews don’t count for much… unless.

Do you, as an author, want to know and understand more about the ‘Stuff’ of being indie, about books, the publishing and printing processes?

Then you need to download ‘Lots of Author Stuff You Need to Know’ right now.

One thought on “Why reviews don’t count for much… unless…”